Welcome back to DTFML as we work our way through the task of drafting out our preseason teams, today taking a look at the Rucks.

We finally have some changes to the ruck position, at least in the Real DreamTeam, with the 4th bench ruck position being removed and a bench spot added to the midfield instead.

The two standout Rucks who return in 2015 and have to be considered are Leuenberger and Kreuzer who both have discounts below DT$335k!

Usually I would jump all over Leuey at this price but the awesome form of Stefan Martin in 2014 in his absence suggests that the Lions are blessed now with 2 premo rucks who may share duties this year. Regardless they both need to be on your radar. 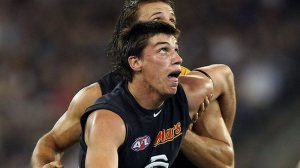 With the retirement of Dean Cox, is Nic Natanui ready to finally live up to the hype and lead the Eagles ruck line? As an avid Eagles man, Id love to see him go solo and dominate, but the Eagles formula for 2 tall rucks with one resting forward, and with Lycett and Sinclair both being mentored by Coxy to fill that role, we might still not see NicNat explode. Although he averages about 90 when Cox hasn’t played in past years so there is something to watch here.

As Sandilands winds down in his final year at Freo, I can only imagine some rest time for the champ, so is it time for Griffin (DT$248k) to play some more games and support the ruck, even in a 3rd spot behind Clarke? Something else to watch out for through NAB cup, and a possible bench option in that 3rd spot. 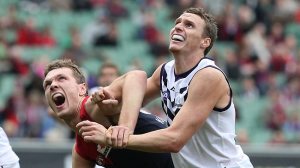 We wait and watch Essendon and the Suns

And not for a scandal for a change, rather we sit and watch to see who emerges as the Bombers #1 ruck for 2015, with both Bellchambers and new recruit Jon Giles fighting for the gig in Ryder’s absence. No point jumping to conclusions yet, lets sit and watch this one play out. Similar situation over at the Suns with Smith and Nicholls.

So no premium rucks then…?

Look there are plenty of top premo ruck options, with Martin, Jacobs, Mumford, Lobbe and Ryder leading the pack, but with the return of Kreuz and Leuy and the possibility of some others Id be leaning towards starting 2 non-premo rucks and using the money in the forward line instead.

How we see them fit…

A lot will change from now until the end of March, but its a good start to the new ruck structure.

Thanks to the Real Dream Team’s Assistant Coach you can now log in at http://afldreamteam.virtualsports.com.au and start picking your preseason team. 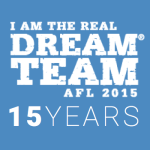