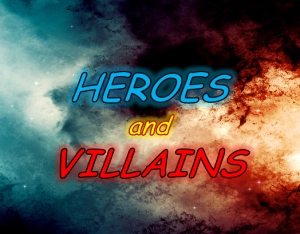 Round 14 is done and dusted, and wasn’t it nice to have all of our players back?

In saying that, there still were some players who burned us and some who helped us, so lets wrap it up….

Watson. 122. I had to laugh at the headlines “Watson overcomes boos from Eagles fans” Overcome? He’s not the first player to be booed, but he shoved it up the eagles fans with a stellar BOG performance

T.Mitchell: No self respecting Dt’er doesn’t have him in. His price is skyrocketing after his 2nd game 144 and another 89 is very handy

Prestia: 157! The Crows were more focused on Gaz, but Dion played his bets game of AFL with 42 touches, 2 goals and 4 tackles. HUGE

Crouch: The first game he’s looked really at home at this level. 121 will supercharge his price rises

JOM: Another ton from the best rookie in the game (IMO) If you’ve kept him, he’s rewarded you

Wines: Was made the sub and still scored 112! Most teams would’ve ditched him by now, but that score in less than 3 quarters is amazing

Terlich: With all the backline carnage and lack of suitable premos, Terlich has been a shining light with his 2nd ton in a row! 112 in the Dees win

Griffen: The man is in some serious form with another monster 136. over 30 possessions and 3 goals is Gaz like! Works hard

Vlastuin: he was a late out, so why is he a hero? After his injury affected 31 from last week he was set for a price plummet, but due to more pressing injures, he may have been on your bench. He’s just saved you about 40K. There’s no way any team should have him on field with no cover! Clisby from Melb is an 89K rookie who has scored well in his first 2 games, if he’s selcetd next week, downgrade Vlastuin to him  and free up a handy 300K +

Swan: Perma captain only scored 73, screwing over a lot of teams. I am thankful i made Gaz the captain (Gaz’s record against my boys is impeccable!) The lowest score i can remember from Swan in 3 years

Shaw: Smashed much like the Pies were. 47 is just horrendous

Jelwood: Had the creepy Crowley all over him all night and couldn’t get an inch. 38 is super upsetting after his last 2 weeks of pure gunnage

Duffield: Was a slight concern over his calf in the warm ups and went out anyway to get 51, but tweaked it too much and had to be subbed. Glad i didn’t get him in when i had planned!

Rockliff: 63, but its not entirely Rocky’s fault. Voss continues to play him as a forward, when is a complete ball magnet and must play in the mids!

How did you fare in round 14 and is your team nearly set?

It’s going to be really interesting to see how people use the 2 trades a week to fine tune their team from here….. good luck!