DTFML’s own Justo, Akka and Baker all got together to watch first hand, Game 2 in the NAB cup and we were watching closely the Rookies, Bargains and Guns all night. So how did they go…?

Firstly, results of the 3 games were as follows: 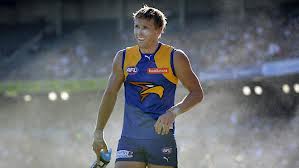 Impressed with aggressive contests in the ruck, some strong marks and run around the ground. 38 (WC topscorer) and 26 DT pts were strong scores for a ruck and will certainly start for the Eagles if Natanui isnt fit for Round1. He is on my watchlist for a fwd bench spot for sure.

While Kennedy didnt play, Lecras showed a bit with 5 touches and a goal for 21 DT pts before taking a break from the second game. I watched him running around, and he looked like he was not at full fitness for mind, including a long jog off the ground for a rotation at one point which concerned me. Lets see what he can do next round. Embley started each centre bounce on the opposite wing to Gaff and played the link up out of defense and pushed forward for scores of 16 and 26 DT pts, and seems like a reliable bargain mid option this year.

Waters still not ready for game time which concerns me. Shuey scored 22 DT pts from 7 touches and 2 tackles but gaveaway 2 freekicks which hurt his scores. Typical Shuey running forward from the midfield, but nothing to say he will be breaking out as a premo yet. Selwood had a ripper of a game against Freo with 46 DT points from 10 disposals 4 marks and a tackle, and was best on ground along with Priddis. Im watching you scotty, realllllll close.

Special note for Gaff who was very consistent with 31 and 27 dT pts and showed his typical elite running up and down the left wing. Now on my watch list. Along with Masten who looked quick, sharp and an elite part of the WC midfield with 26 and 41 DT pts.

Didnt show much for 9 DT pts, and will need to see more in round 2.

A bit of time running off the back of the square and some great work up forward says to me Varcoe could be a huge bargain in 2013. 28 and 16 DT pts was a fair return. I want to see more.

31 DT pts in his only game and seemed to run around the mids which i was hoping for, but a stupid gut punch to Ballantyne could see him miss the start of the season. Idiot. Gun.

Special mention to Joel Selwood who was brilliant and won a game off his own boot for 23 and 48 DT pts. Back on the radar.

Showed glimpses of run from the half back line, and started most centre bounces out on the wing/back of square. Despite some poor kicks missing targets, 21 and 18 DT pts was consistent considering Freo’s performances werent.

The Duff was nowhere in the first game, but came back for 39 DT pts in the second. Love seeing him kicking to himself from full back even when he shouldnt and if he is milking points like that all year, you have to seriously consider him.

Sandilands was back and what impressed was not only his jumping and running, but his work around the stoppages when the ball hit the ground, getting on his knees and helping the mids get the clearance. Hoping to see more game time and his best in weeks to come.

Barlow was brilliant in game 1 for 46 DT pts but couldnt find it against the better midfield of WestCoast. Back in calculations for a 5th Mid spot.

Stay tuned for more reviews of each NAB cup match.