So everyone wants to know now… Who are the Rookie Defenders to Watch in 2013? Who is this year’s Brandon Ellis or Steve Morris going to be? Who should we be watching through the NAB cup? Pick these guys, watch them carefully, hope for no injuries, and if they are named in their respective teams for round 1… lock them in!

Today we have the… ROOKIE DEFENDERS:

This is how we see them falling into our DreamTeam this year…
OnField – Docherty and Terlich
Bench – Stevenson and Goodes
Watch closely – Vlastuin, Colquh0un and Van Unen
Leaving room for 3 premium defenders and a midpricer, or 2 premo’s and 2 midpricers. 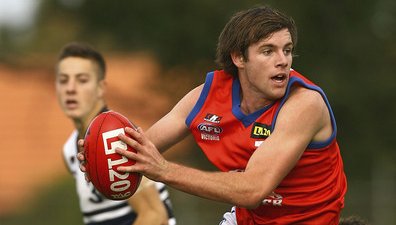 While not quite breaking into the Lions team in 2012, Docherty looks like the perfect running playmaker out of defense to fill the gap left by Josh Drummond’s retirement. He played senior footy last year in the NEAFL, avg’ing 21 touches with a couple of big games of 30+ and was an emergency numerous times for the lions at the end of the year. He is sure to play and likely to play round 1 even, so put him in your defense and on the field. 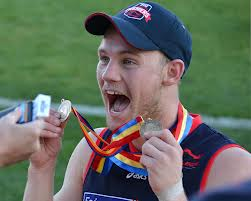 A mature ager who has spent years in the SANFL playing senior footy across the half back line. His 21 touch avg and 84 DT point avg last year was good… but his best on ground 31 touch 140DT score grand final was bloody exciting! Very likely to be a regular for the Dee’s, so put him in your defense and watch how he fits in the team through NAB cup. 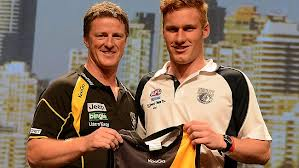 While not the standout rookie defender for 2013, there is much to like. Firstly, Richmond have been eager to give their top recruits a run in the past years (think Ellis and Morris last year). Secondly, he has dual position status for DT as a MID or DEF which gives our teams some flexibility. Thirdly, he avg’d 17 touches off the back flank when captaining Vic Metro and then avg’d 18 touches and 6 tackles when playing from the midfield in the TAC cup. You would think he will find it hard to get a regular game, but with a few vests and a bit of luck he could become a regular so Im watching him for now to see if he’s a chance for a game and whether he is worth his high rookie price. 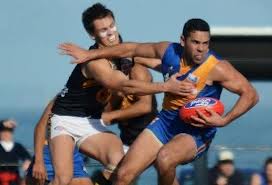 With 100+ games of senior footy in the VFL and multiple premierships, you would think he has what it takes at AFL level for a rebuilding Bulldogs team, who have lost Lake and Hargrave out of their defense. He was named in the VFL team of the year in 2012 on the back flank avg’ing 20 touches and 6 tackles, and spends half his time running through the midfield. All sounds good so far doesnt it. He’s also Adam Goodes younger brother. You would think he’s a go’er and if he gets picked I’d have him on the field. Put him in your team and see how he goes in the NAB cup. 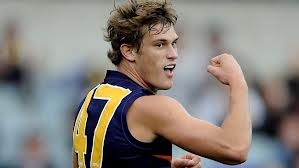 Ok yes he isnt technically a rookie, but that is only a good thing. Unable to break into a permanent half back spot for WestCoast (competing with Waters, Butler, Schofield, Smith and Brennan) a move to Port Adelaide for 2013 sees this cheap recruits best chance at some serious AFL game time. 10 games at WCE avg’ing 16 touches and63 dT points then 18 WAFL games for Claremont avg’ing 18 touches says there is something there for a guy that cheap in a team who probably needs him. Im backing him in, put him in your defense on the bench for now. 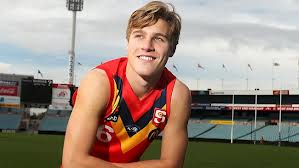 An absolute  ball magnet, Colq was the #1 disposal winner at the under-18 Championships with 28.4 disposals per game rebounding from half back. That has to excite you a little bit! An outside runner who struggles to win his own ball and has a very low contested posession rate. Low tackles back up the fact that this kid hates the contest, but loves the cheap posession in space (sounds like he is born for DT). If he can get a game, expect a lot of cheap points, but maybe this isnt his year? Watch him. 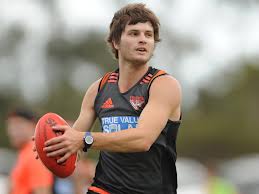 Another mature age recruit who has played 2 years in the VFL, with a knack for intercept posessions across half back. Not a huge ball winner avg’ing 14 touches and over 3 tackles, but likely to be given a chance at some stage in 2013 so watch his progress and listen out for that Hollywood name… Vannnnn Unennnnn!!!

Of course the NAB cup will change all that no doubt, but at least you have a good starting point.
Coming Soon… ROOKIE FORWARDS.

and Sign Up for Email Updates from our homepage for your regular DT advice.