So everyone wants to know… Who are the Rookies to Watch in 2013? Who is this year’s Dayne Zorko or Toby Greene going to be? Who should we be watching through the NAB cup? Justo here with the names you need to know. Pick these guys, watch them carefully, hope for no injuries, and if they are named in their respective teams for round 1… lock them in!

Today we start with… MIDFIELD ROOKIES:

So how do we see them falling into this years DreamTeam…
OnField – O’Meara, Viney and Wines
Bench – Crouch and T.Mitchell
Watch closely – K.Mitchell, Hrovat and Whitfield
Leaving room for 5 premium midfielders, or 4 premo’s and a midpricer.

The most exciting young midfielder in the country will play this year, will play most games and will be running around the midfield alongside Ablett. Exposed to some senior footy in the NEAFL, avgd 19 posessions with a talent for clearances, inside 50’s and avg’d over 5 tackles per game. He was too young to play for GC last year, but is ready to go for 2013. Pick him on the ground for your midfield.

Another mini draft selection who was unable to play last season, but is being talked up as the next Dangerfield. Avg 29 posessions in the TAC cup and played 17 SANFL matches where he was 2nd for clearances and 3rd for disposals for West Adelaide. This elite junior is a coach’s fave already and likely to wear the vest as he fights for a spot in the crows midfield. Put him on your midfield bench.

This father-son pick has a body ready to go at AFL level and has experience playing senior footy with last year in the VFL. As an inside midfielder and contested ball winner, dont expect huge posessions (avg of 18 in 2012) but a strong tackler and a likely starter in Round 1 makes Viney one of the most picked Rookies in 2013 DreamTeam. Put him in your midfield.

Built ready for AFL, this guy is a gun and looks like a future leader. Avg’d highest DT points  of anyone in TAC cup, avg 25 posessions, topped 30 touches 3 times, avg 7.5 tackles a match!!! including 10 and 13 tackles in his best games!!! Comes at the premium price due to being pick 7 in the draft, but at this stage, he will play for Port, and this kid is made for DreamTeam! If you think he is worth the money, put him in your midfield. 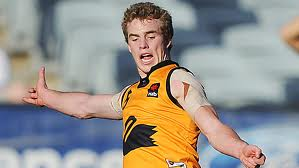 Father-son who couldnt break into the premiers side in 2012, this elite junior avgd 30 touches with 9 clearances including big games of 35 and 42 disposals in the NEAFL. Could be one of the best young clearance midfielders in the country, and will certainly get a go at Sydney at some stage in 2013, even if it means wearing the vest most weeks. Watch the NAB cup, if he looks like he’ll play, put him on your midfield bench. 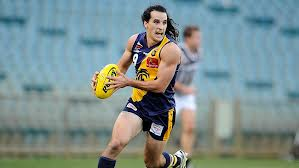 This mature age recruit (think Barlow, Zorko, Gibson, Horsley, Magner) has already played 77 games of senior footy with Claremont in the WAFL and won the 2012 Sandover Medal with an equal record 58 votes to be recognised as the best player in the league. That means this guy can play footy and will slot straight into a weak Port team. Avgd 25 disposals and 4 tackles, is known for his lightening speed on the wing and loves running forward, kicking 30 goals last year from the midfield!!! Watch him in the NAB cup running off the back flank out of defense, im so close to locking him in my midfield.

Pick 21 in the draft plays both inside and outside midfield roles avg 26 touches in TAC cup and over 5 tackles, and has been likened to a little Brent Harvey. With an already good crop of young 2nd and 3rd year midfielders settling into the Bulldogs team (Wallis, Liberatore, Lower, Stevens, Smith) and the experienced hands still running around (Boyd, Cross, Griffen, Picken) it might be hard to see how Hrovat will get games in 2013, but he is sure worth watching in case he does.

Finally, the #1 pick in the draft. He was picked #1 for a reason and will certainly play for GWS. Avg of 22 touches in the juniors with an elite kick and avgd 99 DT points in the TAC where he captained Dandenong. Kicks goals, gun midfielder, but the price… the price has got to mean that he is only worth taking if the cheaper alternatives above aren’t being selected. Watch him, but watch the others too.
Some final names to watch would  be Jesse Lonergan (GC), Jackson Macrae (Bulldogs) and Jimmy Toumpas (Melbourne) but cant see them being the big money makers that we need from midfield rookies at this stage.

Of course the NAB cup will change all that no doubt, but at least you have a good starting point.
Coming Soon… ROOKIE DEFENDERS.